Each component of the CTL-MAT test kit is fine tuned for optimal performance, and thoroughly quality controlled for such. These kits have been formulated to achieve high reactivity and sensitivity. 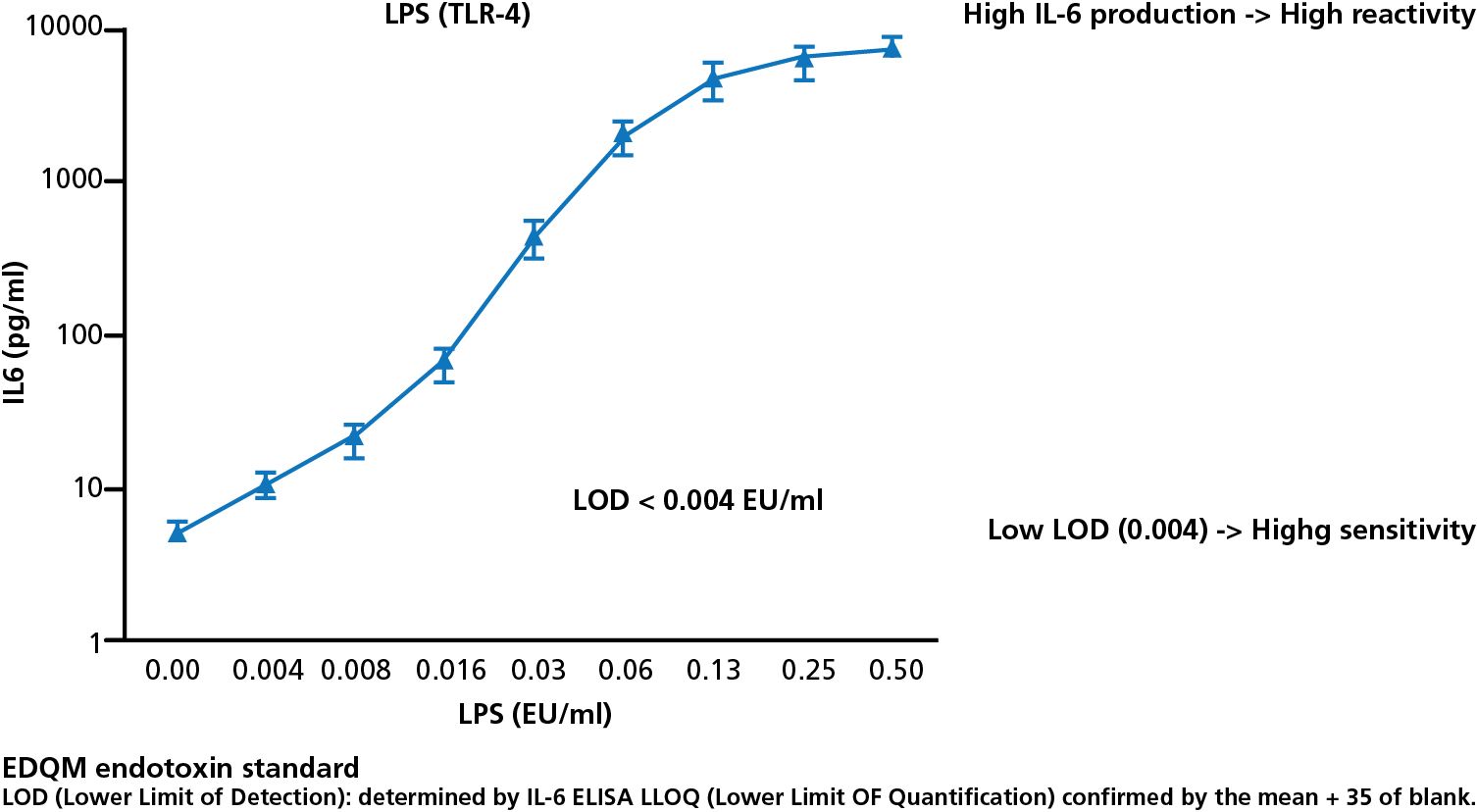 The indicator PBMC have been frozen according to Ph. Eur. 2.6.30 according to proprietary protocols that assure that the cryopreserved cells maintain their full functionality after freeze thawing (see representative data below). CTL-MAT offers PBMC suited for MAT testing also independent of its kits, from single donors or pools of 4 or 8 donors.

European Pharmacopeia 2.6.30 specifies requirements for PBMC to be used in MAT. The PBMC provided in CTL-MAT Kits fulfill the mandated criteria:

Intra-batch reproducibility of CTL-MAT, four donor pooled PBMC. Four aliquots of PBMC (Vials 1 -4, specified by the symbols) from the same lot were tested in the MAT. LPS was titrated in the concentration range specified on the X axis. The concentration of IL-6 detected in the culture supernatant after 20 h incubation of the PBMC with LPS is shown on the Y axis. Note the overlapping curves, showing high intra-batch reproducibility of results obtained with CTL MAT kits. 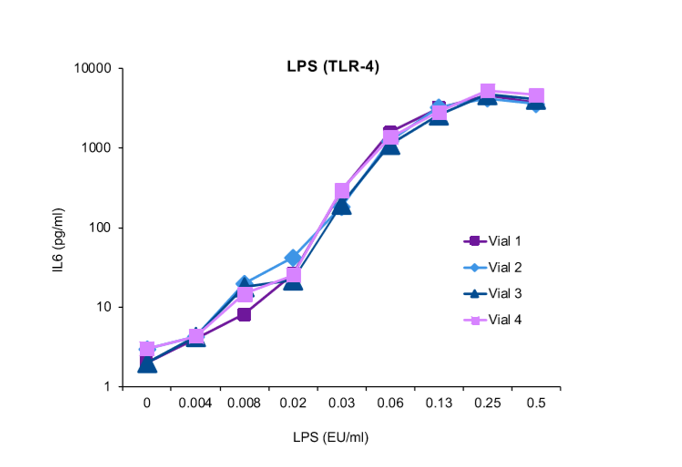 While 8-donor PBMC pools are included in the CTL-MAT kits, we also offer Ph. Eur. 2.6.30 compliant kits with single donors, or pools of 4-donor PBMC. Each batch is tested for MAT performance after freezing as part of our quality control procedure. Please inquire regarding custom cell concentrations..

According to Ph. Eur. 2.6.30, each product must be tested in order to conclude whether and how it may interfere with the MAT system itself. Our team can help you with every step of the validation process.

For facilities interested in verifying and documenting their proficiency in MAT, we offer a theoretical and practical assessment. Upon completion of the test, we issue certificates accordingly.
Inquire

For customers who are new to the field of MAT testing, or wish to seek further assistance in performing such assays, we offer training and support. This can be made available to you online, at our facility or at your site.
Inquire